Guest Post by Guilie Castillo - Author of It’s About the Dog: The A-to-Z Guide for Wannabe Dog Rescuers

FOR ADOPTING A RESCUE DOG
﻿﻿﻿﻿﻿﻿﻿
Thank you so much, Susan, for hosting me for the ‘Dog Book’ Blog Tour! I’m thrilled to get the chance to interact a bit with your crowd of dog-loving lovelies.
I know you have three gorgeous rescue dogs yourself, and I’m guessing some of your readers probably do, too. Anyone who’s ever adopted a rescue dog knows the joy they bring. The countless blessings. You also know, though, how hard it is. You have to work at it, not for a week or a month but for years. Your life will never be the same, for better or for worse. (Better, mostly, especially if you weren’t all that attached to the coffee table that got chewed up.) Most of us, at least that first time, jump into it with little to no idea of what’s about to happen. Some get lucky and either seek or stumble upon someone willing to give us guidance, and somehow end up making a success of it.  Others, however, aren’t so fortunate. This post is for them. 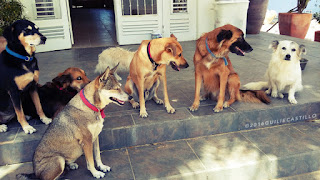 If you’re involved with rescue, you’ve seen it happen much too often: a family comes in, adopts a dog, and a few days later brings him/her back. “It’s not working,” they say. “He destroyed the entire yard.” Or “She keeps escaping.” Or “He attacked my mother-in-law!” Or “She growls at me!” Reasons vary, but they all boil down to a single, simple concept: the adopters didn’t know what to expect.
Some of the blame lies with us, the rescuers (or fosters, or shelter personnel). We admit it. We spend a lot of time assessing the family and the home, but not nearly enough actually talking to the potential adopters about what they can do to avoid setting themselves—and the dog—up for failure.

Know Thy Rescue. A rescue dog isn’t like any other dog. They come with a history, one which exerts immeasurable force on the dog’s behavior. For most, the bond of trust with humans has been broken, and will need to be repaired. You have no way of knowing what this dog has been through, what they’ve survived, what these experiences have taught them; but you can get a rough assessment from the shelter personnel. Ask them about the dog’s backstory:
where s/he came from, the circumstances of the rescue. How does the dog behave around his/her caretakers? Have they noticed any fears or triggers? Is the dog okay with children, loud noises, other dogs?

Know Thyself. Ask yourself—and take your time answering this, please: what can you—and can’t you—handle? How much time are you willing to put into this? Because, you see, when you adopt a rescue, you’re not just giving him/her a home; you’re becoming an intrinsic part of their recovery. You’ll need saintly amounts of patience. You’ll need creativity, and an eye for detail. Flexibility and humility, in mammoth doses. You’ll also need to reshape your life, if not permanently, at least for the first year after you adopt. No long holidays away from home. Less visitors.
Adopt within your means. All adoptions require some level of adjustment, but there’s leeway. If you can’t handle big changes in your life, make sure you adopt a dog with few issues. If you fall in love with a furry bundle of trauma and damaged psyche, make sure you understand what the dog’s recovery will require of you. And be prepared to give it. 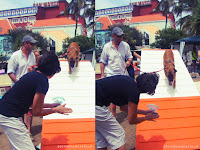 Bring a Trainer, Too. Or, rather, a behaviorist. You’re not really interested in getting your new Fido to Sit or Lie Down—not at this point, anyway; what you do want is a professional assessment of behavior and character. You want to know what he is and isn’t afraid of, whether he Fights or Flees or Ignores, whether he’s resource-protective or fearful-aggressive or submissive or a bit of a bully. In short, you want the low-down on the challenges you’re signing up for. And you’ll be amazed at the depth of insight a professional eye garners in twenty minutes with a dog.

Keep the Trainer Around. In this new life you’re embarking on, training is going to take up a big chunk. Yes, behavior modification (re-conditioning, expanding thresholds, desensitizing, etc.) will be part of it, especially if you’ve adopted a dog with… issues. But that’s not all training is good for. No, it’s not about Sit or Lie Down, either. Training, young grasshopper, is about communication. Whether you’re teaching a Sit or an agility course or desensitizing against the garbage truck, what you’re really doing is establishing a common language. You’re teaching your dog what your approval looks like—
and you’re teaching yourself to watch for cues to his/her thoughts. There is no stronger, more binding way to build trust than through the bond established by effective, two-way communication.

No Rushing. Your new dog has probably had little positive experiences with new things, so it’s to be expected that they produce anxiety. You are a new thing. Your home, your family, the car, the street, the dog park, the bed you chose so carefully at the pet store, the toys you’ve been stockpiling for weeks—all new things. All anxiety-producing. And this anxiety isn’t going to die down in a day or two (it takes a rehomed dog around six months to settle in properly). So: keep the new stuff to a minimum. Establish a routine (make it a simple one, as much as you can) and stick to it. Let the dog set the pace. Let him/her decide what s/he’s comfortable with, and avoid forcing him/her into activities or situations s/he seems reluctant towards. Here is where those saintly amounts of patience come in (and the advice of a professional trainer). 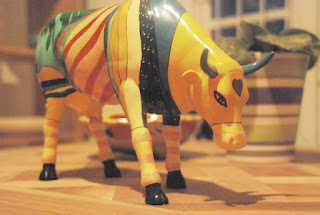 Embrace the Fear. Rescue dogs often have irrational (to us) fears: to men with baseball caps, for instance, or to squeaking noises (so much for those twelve squeaky toys you bought), or to… anything, really. One of my dogs (Sam, the same one who generously agreed to grace the cover of It’s About the Dog) is terrified of a 5-inch-high ceramic cow that sits on a shelf in the living room. Terrified. Why? Your guess is as good as mine (and mine is clueless). Could I ‘train’ this fear away? Maybe. But here’s the thing: I’m fairly certain it’s not the cow itself that he’s afraid of. It’s something that the cow represents to him. Maybe it’s the horns. Maybe it’s the colors. (It’s kind of gaudy.) So although desensitizing him to the ceramic thing might work, it probably won’t take care of the core fear: if we were to get, say, a ceramic goat (or colorful horse, or horned toad, or what have you), he’d probably be terrified of that, too. My point is that some fears just can’t be made to vanish as neatly as we’d like. Some fears we just have to accept are not going away.
The lesson for me here is one of acceptance. We live in a world where perfection has more value than genuineness, where we look not for how things are but for how we think they should be. Loving a dog—or eight, in my case—has the power to guide us back to the genuine, to underline that not everything needs to be perfect to be valuable, or valued, that in fact it’s the imperfections that light the spark of love.

Do you have anything to add to this Checklist for Prospective Rescue Dog Adopters? I’d love to hear your feedback, your suggestions, and your own experience with rescue dogs. Thanks again for having me over, Susan! It’s been an honor and a pleasure, and I look forward to chatting with you all in the comments.

Guilie Castillo, Mexican expat, writer, and dog rescuer, is the author of It’s About the Dog: The A-to-Z Guide for Wannabe Dog Rescuers (Everytime Press, April 2018), a hands-on, less-tears-more-action, 100% practical introduction to dog rescue. During April and May, The Dog Book Blog Tour will be making the rounds of dog-loving sites on the blogosphere to talk dogs and rescue—and to give away THREE signed copies! Every time you comment on a tour posts your name will be put in a hat. On May 20th, the first-month anniversary of the book’s release, we’ll draw three names from the hat and announce the winners at the tour’s closing post the next day. (More about both tour and giveaway here.) Come join us!

You can learn more about the book and publisher here.
at April 24, 2018

Coffee for 14 Cents: Who Knew?

I’m still down that rabbit hole I wrote about last week ... the cost of groceries. Today I found a couple of good deals at the store. Thes... 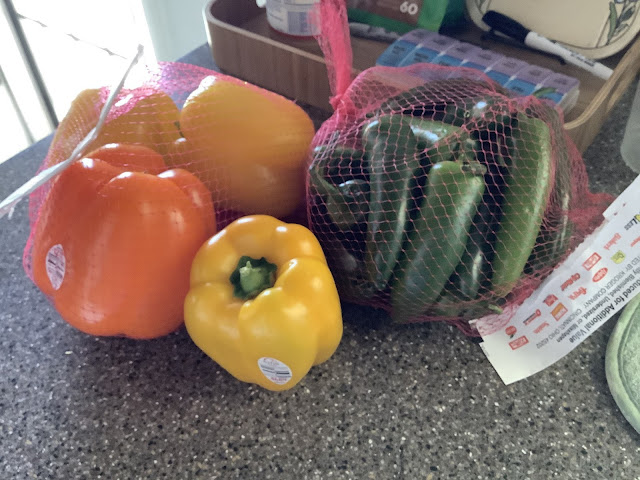 Thanks for Dropping In

Freezerburned is a 'lite' version of my daily journal. You won't find my drama here. I write about dogs, travel, everyday life, and once in awhile a little rant.